The first Church of St. Nicolas dates from around 1170 when 'Cranley' as it was then spelt was a tiny village in the forest of the Weald. Although the village isn't mentioned in the Domesday Book of 1086 a sizeable population must have grown over the following century to warrant its construction. The original simple rectangular medieval building was enlarged in the 12th Century and in the 14th Century around 1340 the chancel was built. Interesting to note is that Cranleigh is now the largest village in England.

Of particular interest to us as wedding photographers is the amount of light that floods in from the east end of the church. A flying bomb during the Second World War in 1944 exploded about 70 metres to the north-east which destroyed an infant school and church room as well as causing considerable damage to the church including many of the 14 stained glass windows. The resulting light which pours in from the now plain glass windows makes for some atmospheric wedding photographs of the Bride and Groom throughout the wedding ceremony.

Other noticeable details inside is the unusual and impressive trussed-rafter roof, the 16th Century lectern which is probably of Dutch or German origin and is carved in the shape of a twisted stem and the 12th Century carving of a Cheshire Cat, which is said to be the inspiration for the character in the Alice in Wonderland.

Outside, the tower has a roof in the shape of a pyramid which is called a Sussex Head and on the right as you walk down the path you cannot fail to be impressed by the Cedar of Lebanon tree, a truly magnificent specimen.

For wedding photography outside, the long curving path is ideal for confetti throwing wedding pictures, capturing the Father and Bride as they approach the church and also for the newly-weds as they leave now as husband and wife. The pleasant lawn and surrounding trees are also a great area for taking the group wedding photographs, weather permitting. Finally, there's also a convenient pub just over the road, perfect for a pre wedding toast or for calming the Groom's nerves. 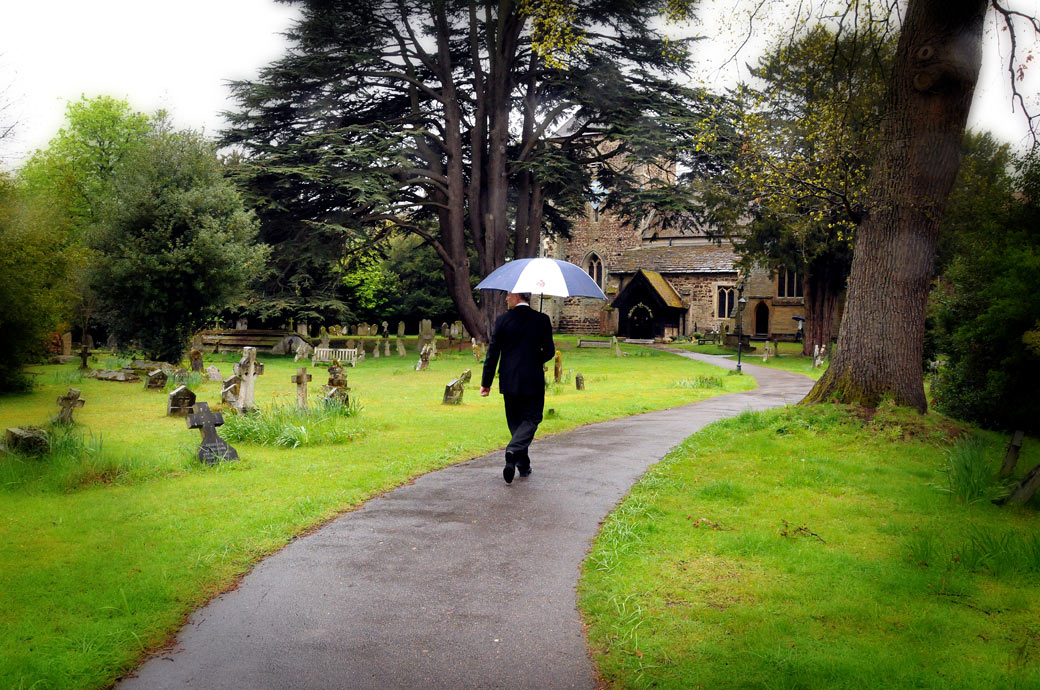 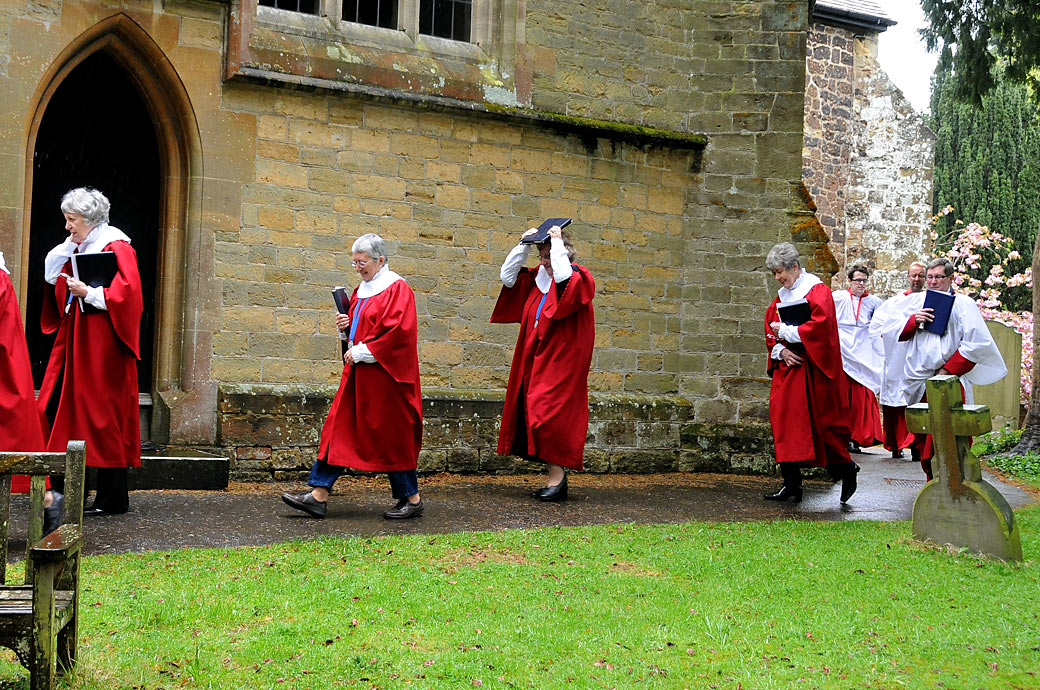 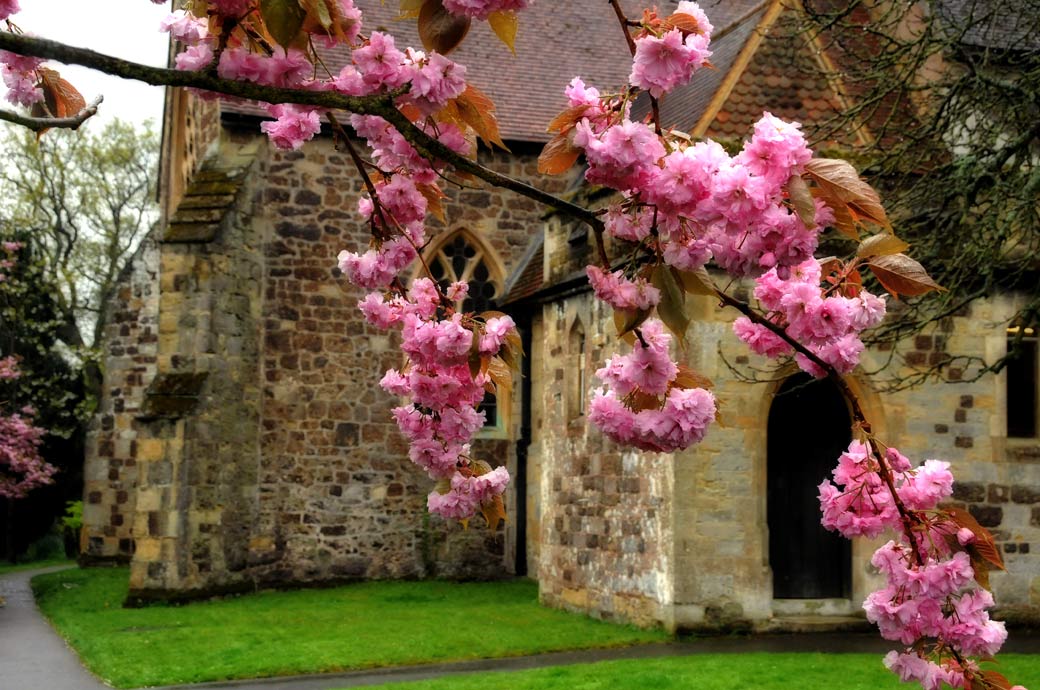 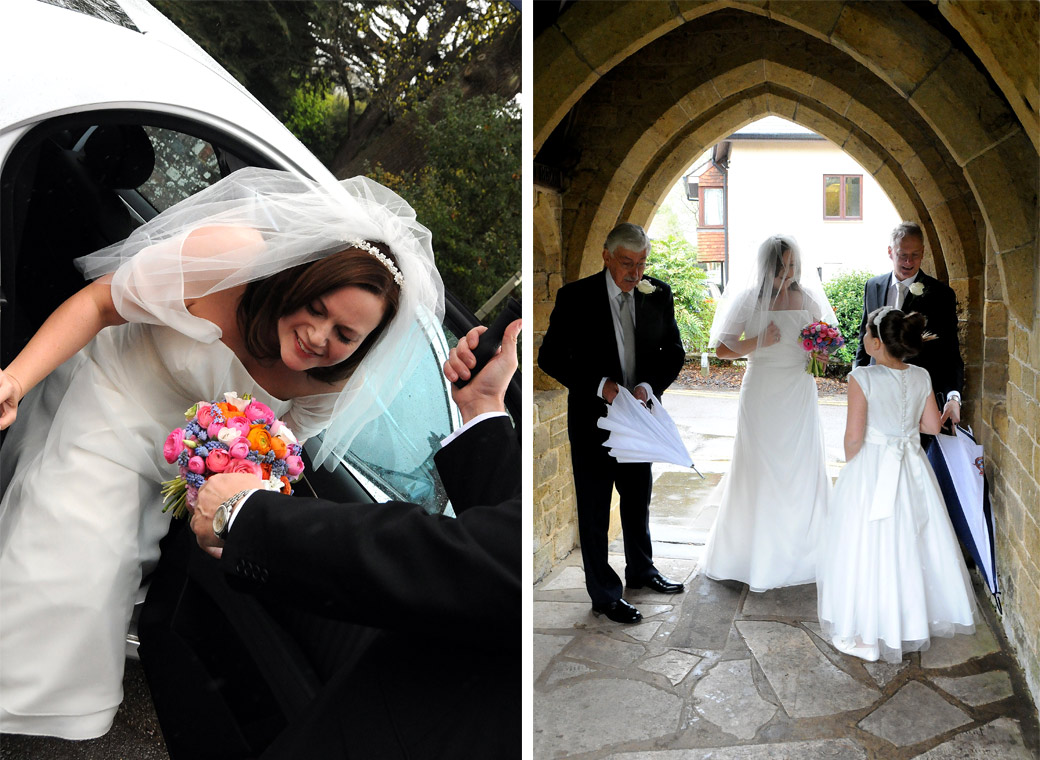 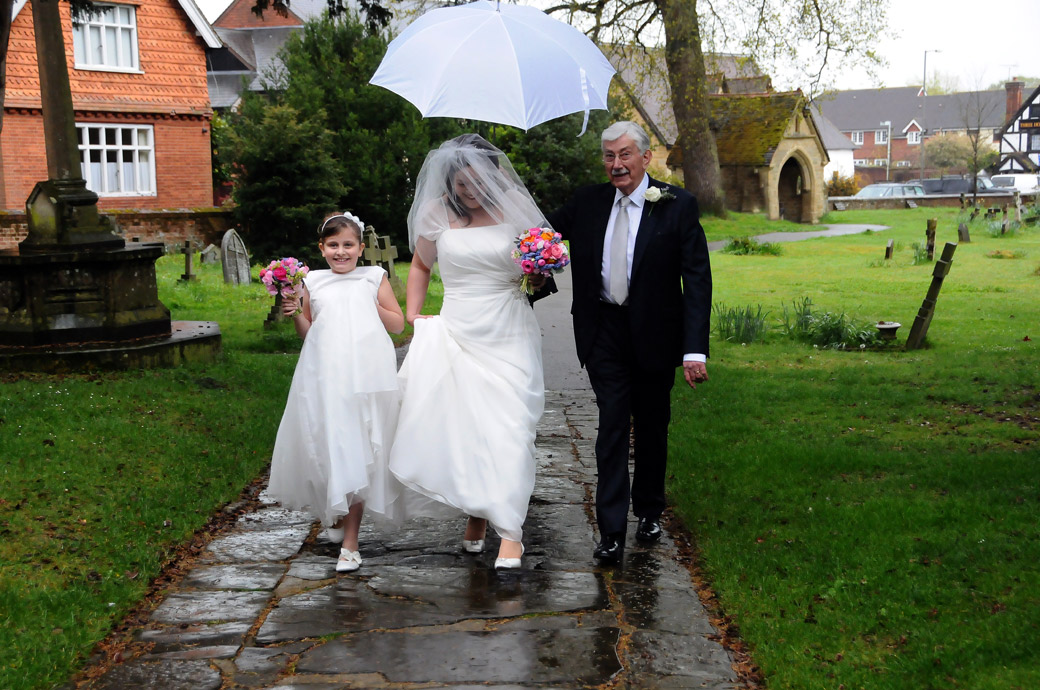 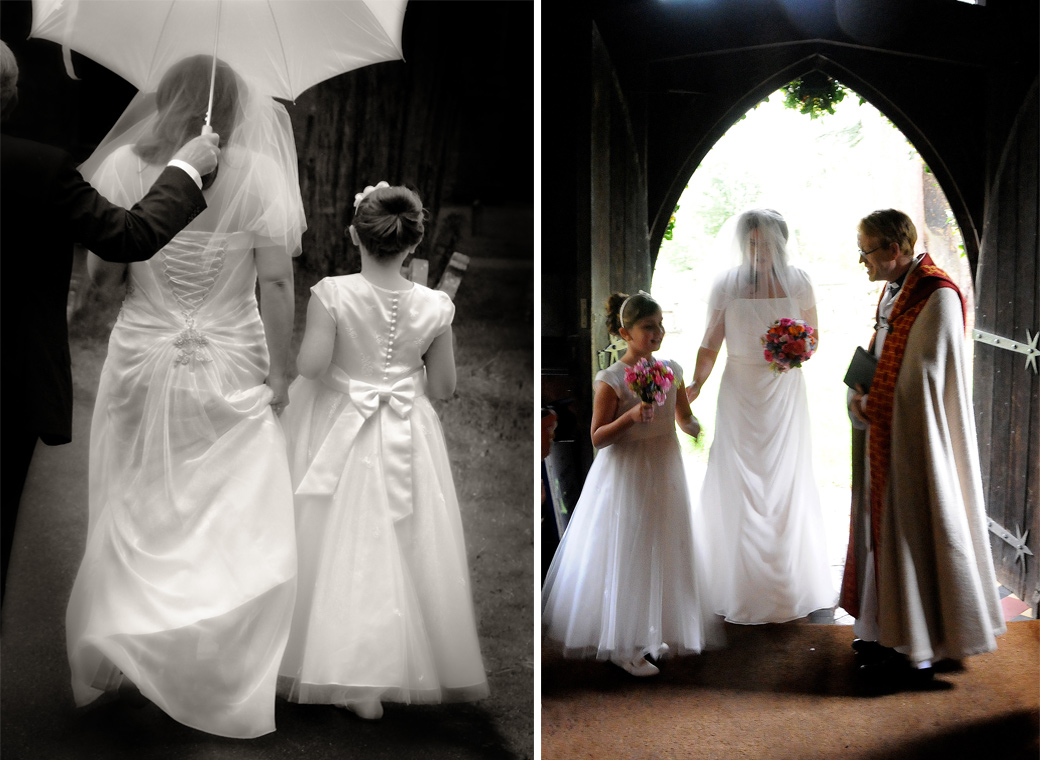 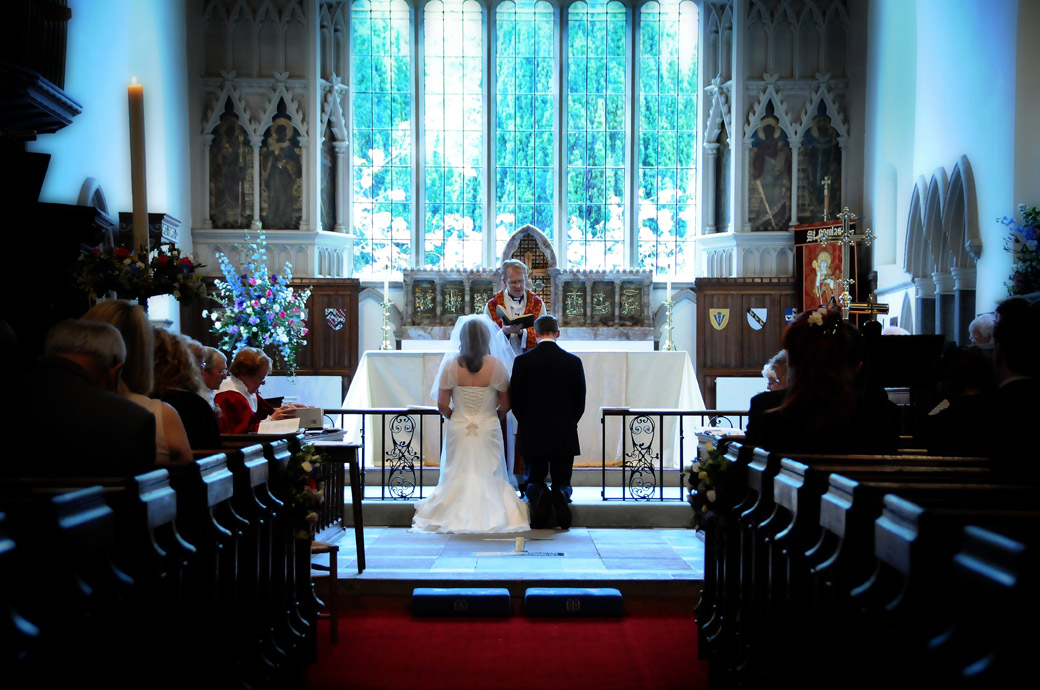 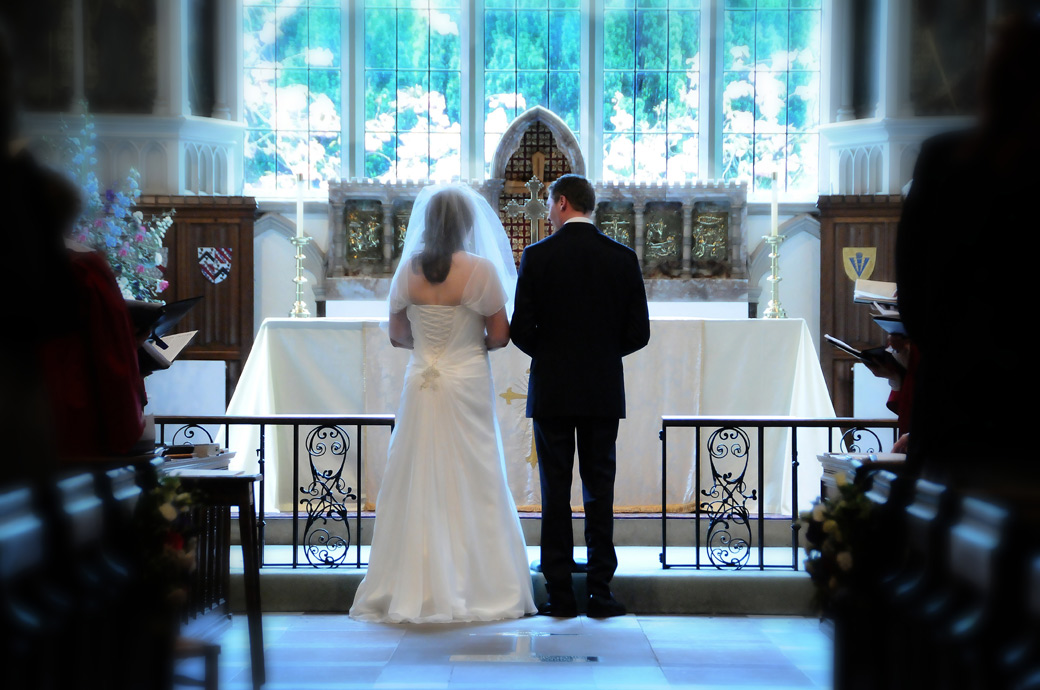 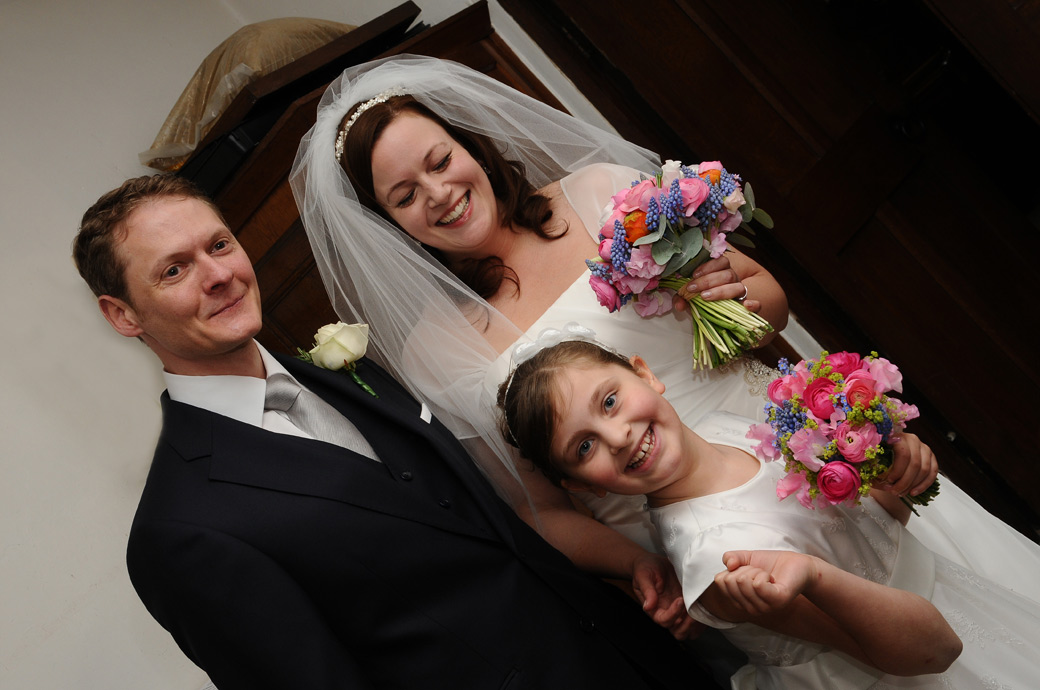 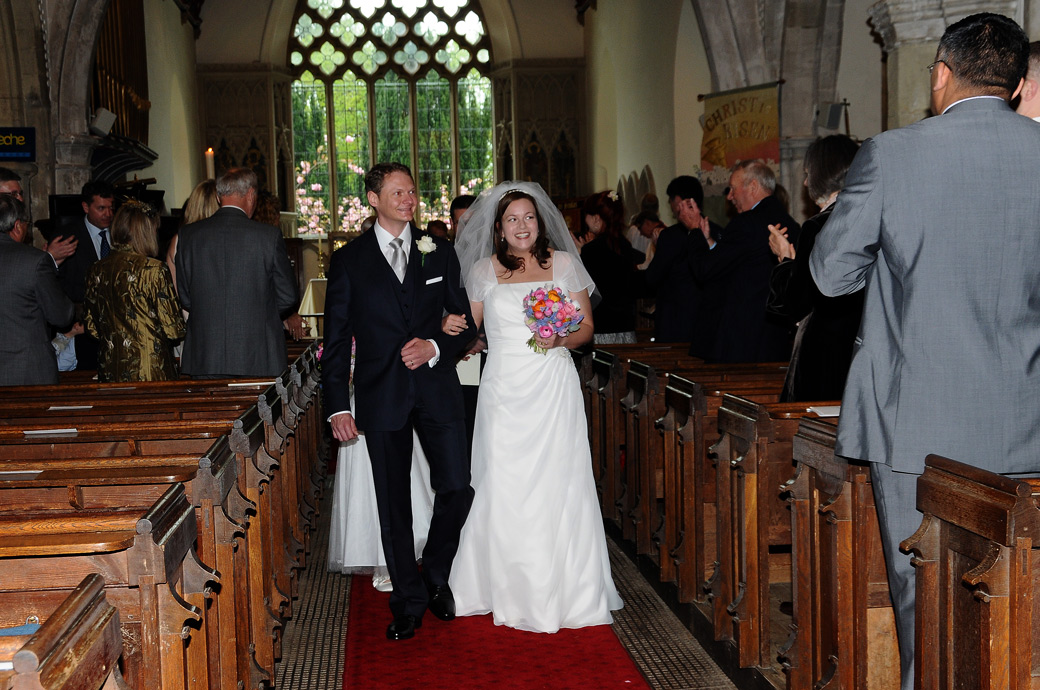 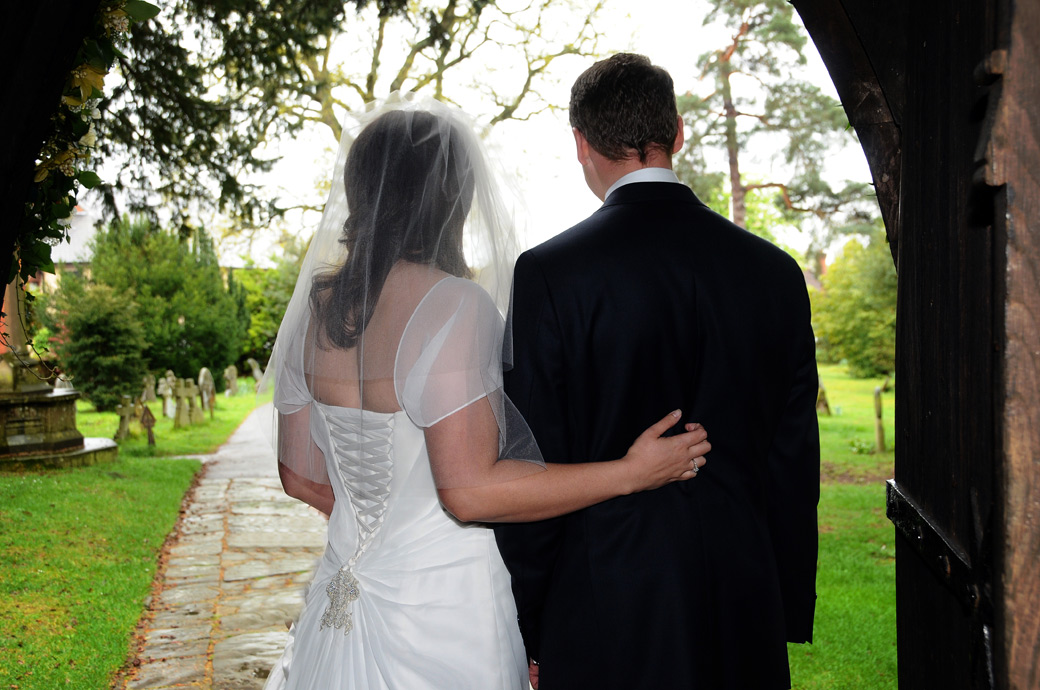 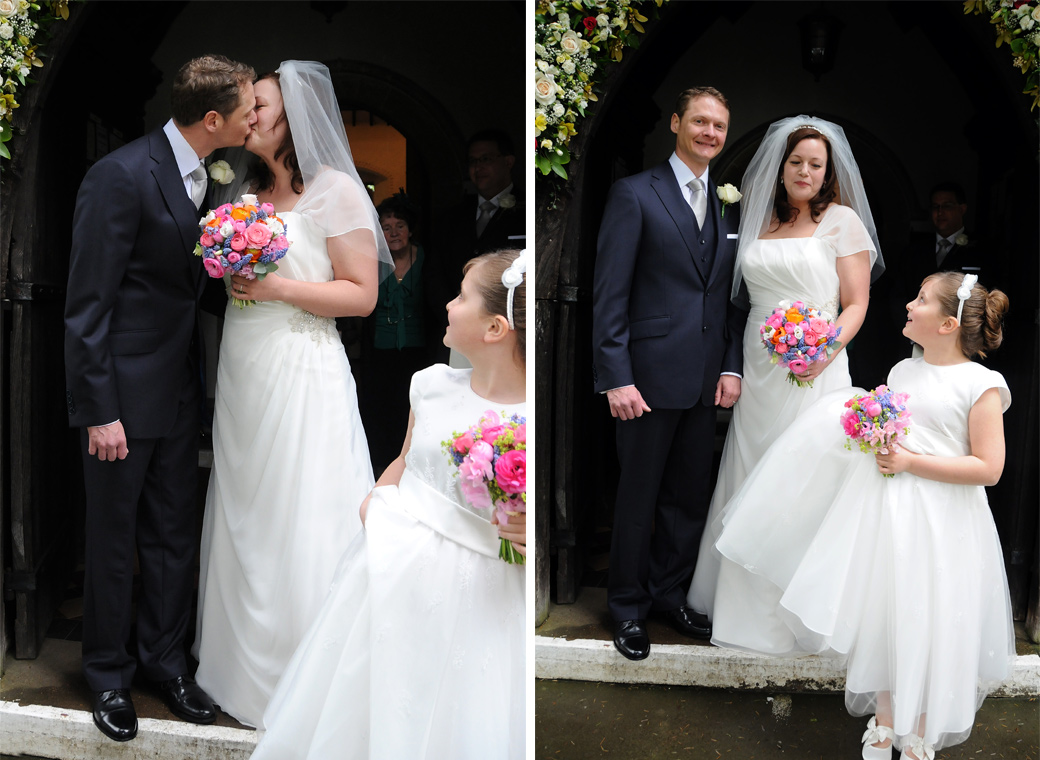 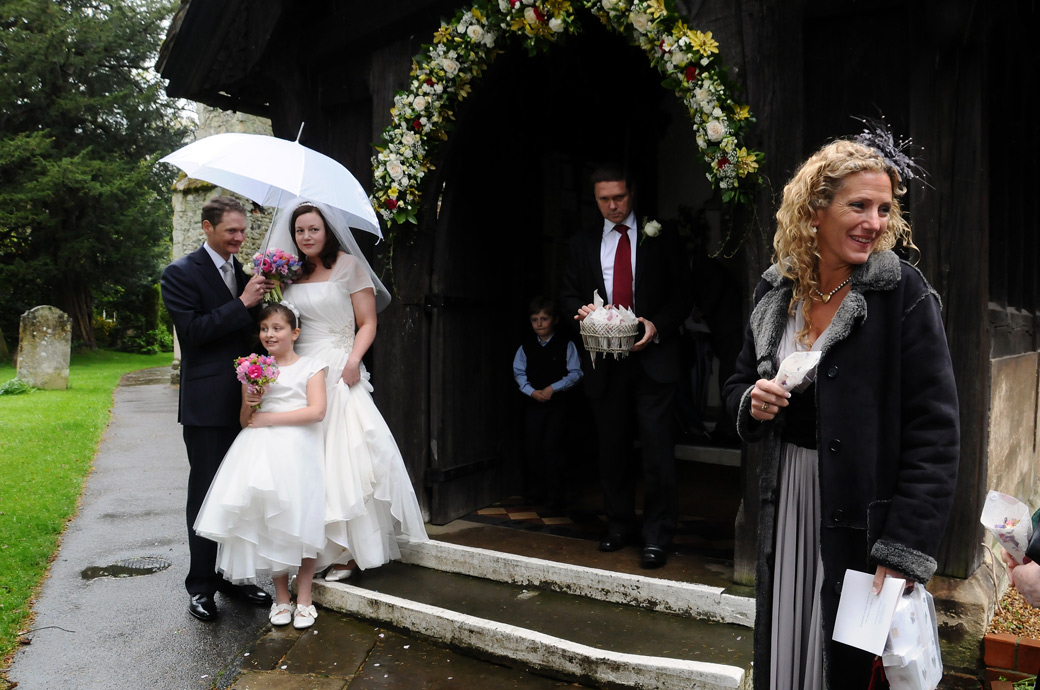 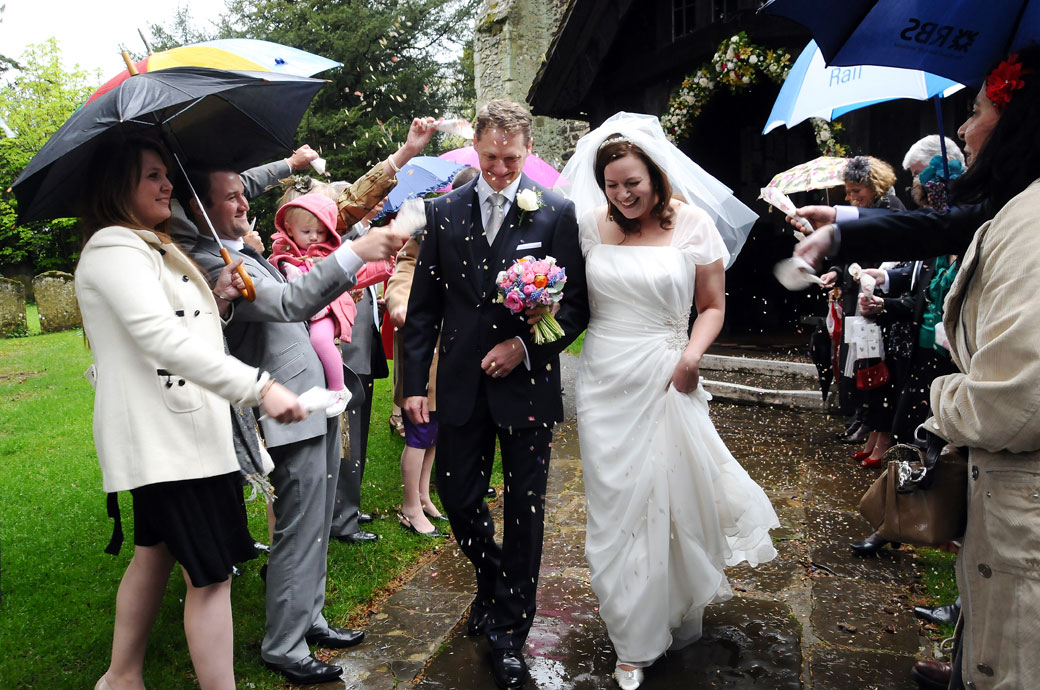 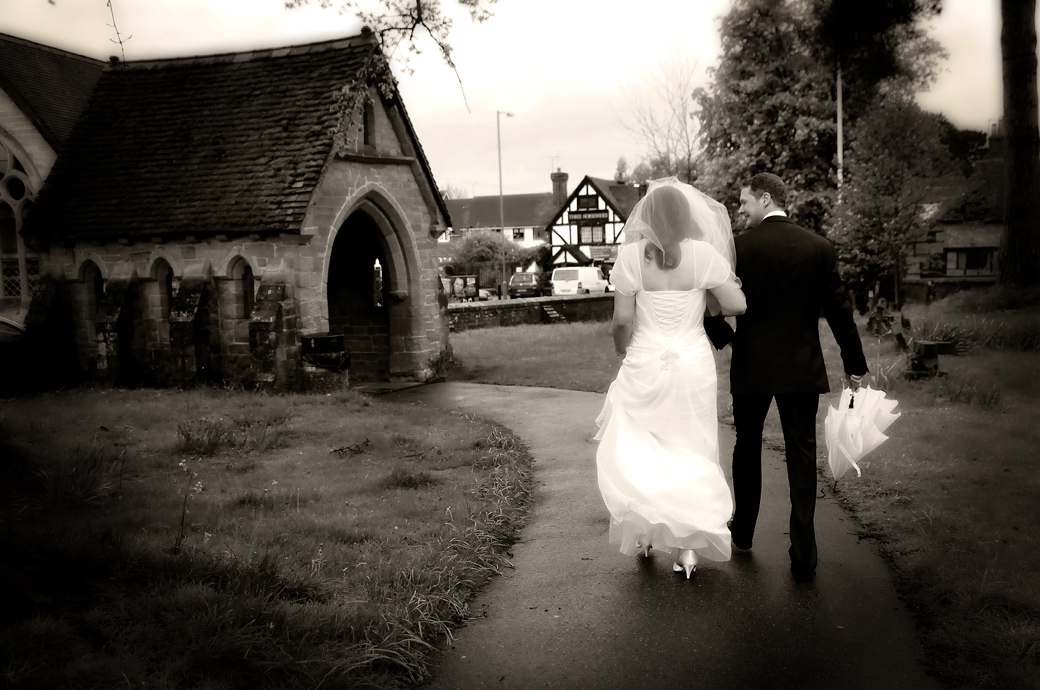 For more information and to check our availability for your wedding day at St. Nicolas Church Cranleigh Contact us at Surrey Lane wedding photography